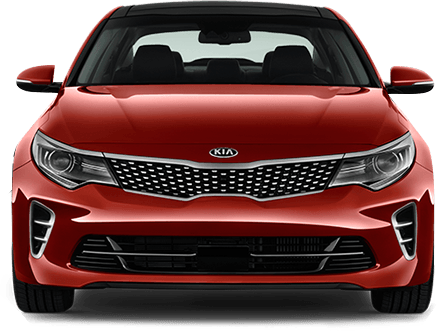 DECKED OUT TO SIT OUT… In Luxury Soccer Sedan

For 3 years, I have been anxiously awaiting the day that I would become a true soccer mom. The day finally arrived! My three-year-old son had his season opener this Saturday, and I could not be more excited. Well, I thought I could not be more excited until I found out that I would be test driving the 2013 Lexus GS450h in time for the big game, a pure enhancement to my new soccer mom persona.

I decided to step up and volunteer as snack mom for the first week. As a new soccer mom who doesn’t really know what to bring, I packed the big cooler with orange slices for halftime, water bottles, Capri Suns and chocolate-covered kudos for after the game.

I also had my son’s brand new soccer bag, cleats, ball, shin guards, headband, socks, change of clothes, sunscreen, chairs for mom and dad and an umbrella – a soccer mom can never be too prepared. Thankfully, the GS450h has remote keyless power door locks and remote trunk release. My hands were full, so this made it easy to get everything loaded early Saturday morning. There was plenty of room for everything, too. I put Berrett’s water bottles in the rear cupholders, a juice for me in the front cupholder and even shoved some of his gear in the front seatback storage. We were all packed and ready to go.

I put Berrett’s water bottles in the rear cupholders, a juice for me in the front cupholder and even shoved some of his gear in the front seatback storage

I used the child seat anchors to put Bear’s seat in the back and turned on the rear door child safety locks to ensure he would be safe on our way to the game. We opened the power glass sunroof and pulled down the power rear sunshade to keep it cool in the GS450h. We blasted the satellite radio on the 12 speakers surround audio system to get Berrett pumped for the game. It surely did the trick, but I had to finish the ride with a soccer chant that I had on my very first soccer team as a kid – “The Ladybugs are cute and kind of small, but we play soccer like we are ten-feet tall.”

If we couldn’t play the part as pro youth soccer player and super soccer mom, we certainly would look the part. I pulled up to the field in the Lexus hybrid sedan which gets 29 city/34 highway mpg. In addition to being economically friendly, the 2013 Lexus GS450h Atkinson-cycle 3.5 liter V6 engine with rear wheel drive and 286 horsepower has power and control, both necessities on the soccer field. The slick lines of the exterior were great to look at as well.

However, it turns out my son is not the pro youth soccer player that I had hoped for. He did look the part in his uniform and sweet headband, but he really had no interest in the game. He was rolling down the nearby hill, eating the chocolate-covered kudos and cheering for his team using the Ladybugs chant I taught him in the car.

After dispersing my snacks as a mediocre soccer mom, we headed back to the Lexus. Despite the defeat we had experienced on the field, it was comforting knowing how safe the GS450h was in the parking lot with the glass breakage sensor. At an MSRP of $59,825, I had to feel good about leaving it in the parking lot with soccer balls and baseballs flying all over the place and little kids running around with their equipment. I felt even safer pulling out of the parking lot of the school. I used the rear view camera to make sure there were no kids behind the car and the 4-wheel ABS, blind spot monitor and emergency braking system were great to have maneuvering out of the busy parking lot.

Despite the defeat we had experienced on the field, it was comforting knowing how safe the GS450h was in the parking lot with the glass breakage sensor.

The comfort inside the 2013 Lexus GS450h was also helping to lessen the blow of the loss. The leather, bucket seats with power adjustable lumbar support made it comfortable for mommy and daddy in the front, and the folding center armrest in the back was comfortable for Berrett. The external temperature display showed 95 degrees outside when we got back in the car so it was great to have the rear ventilation ducts and interior air filtration to keep the clean, cool air in and the smell of sweaty, dirty soccer feet out. Despite the disappointment on the field, Berrett is still my pro and I am still his favorite soccer mom, and the 2013 Lexus GS450h is now one of our favorite soccer sedans.