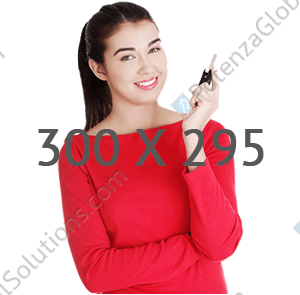 Review of the 2014 Lexus IS models

For 48 hours I had a breathtaking view of the Golden Gate Bridge from Fisherman’s Wharf in San Francisco.  I was there to test drive and learn all I could about the new 2014 Lexus IS models; the IS 350 RWD and the F Sport.  Both IS beauties caught my attention as they were debuted in an empty film studio in the heart of San Francisco accompanied with spotlights on their frames, and presentations by engineers and marketing executives alike.

Every aspect of the new IS models has been engineered with a renewed focus on race-track performance, responsive handling, precise response to driver input and in- your- face feedback.

There were so many new features to talk about: engines, transmissions, chassis, body suspensions, brakes, double wishbone revisions and separate mounting of the spring and shock absorber to maximize the trunk space. The new 2014 nuances went on and on and on and on…

It’s not that I don’t think any of this is important or exciting; I’ve attentively sat through many a clinical presentation taking notes and looking up definitions, but for me, it’s all in the ride.  Get me on the street or track with a new car, truck or SUV and let me look, drive, feel, touch, adjust, blink, turn, push, crank, pump, caress and smell…

Let me put a cup in all the holders, hang a dress on the dry cleaning hooks, put a nickel in the coin holder, store sunglasses, fold down the cargo area, see if I fit in the cargo area, play a tune on the sound system, add my mom’s wheelchair to the trunk space, play with the sunroof, stick my head out the moon roof and put a convertible top up and down five times with a stop watch in hand.

Is the steering wheel leather or wood, is my i-phone in a cup holder or designed cubby, fob or old school key, ambient lighting or retail store bulbs, any blind spots, ease of  child safety seat installation, navigation screen size or head rest measurement?  Do I like the feel of the leather on my legs, are there enough airbags, and is the seat adjustment for my 5’2 inch body just right?

Displayed in the film studio, under lights used for a Hollywood red carpet event, the two new IS models’ distinct lines and beautiful waterfall grille shone like ice sculptures on a cruise ship. The journalists shared beverages while walking around the guests of honor, throwing compliments and questions to Lexus engineers, designers and marketing professionals.

The F sport, was the model that caught my eye both in the studio, and out on the track the next day.  The F has the new spindle grille and the bottom corners of the front bumpers have aerodynamic detailing to provide enhanced brake cooling.  The 18-inch wheels feature a Y-spoke design inspired by the very cool and expensive LFA.  I liked the way the passenger seat hugged me close, like a new boyfriend on a scary ride at Magic Mountain.

The 18-inch wheels feature a Y-spoke design inspired by the very cool and expensive LFA. I liked the way the passenger seat hugged me close, like a new boyfriend on a scary ride at Magic Mountain.

The IS 350 RWD features the eight speed, sport direct shift (SPDS)automatic transmission. The new IS is the first Lexus model to adopt G force artificial intelligence control in Sport Mode.

The system automatically selects the optimal gear and downshift pattern in response to G force, and maintains the selected gear through corners. This 350 could get me to the grocery store and back before the grandkids knew I was missing.

The journalists were able to test drive and race the new IS models on a (made just for us) racetrack on an old air strip with the city of San Francisco as a backdrop. I drove the Lexus cars as if I were in everyday traffic making sharp turns and sudden stops.

After mastering those maneuvers and driving a few of the competitors’ cars, we were encouraged to go a little faster around the cones by the male bystanders.

As testosterone peaked with the 90% men vs. 10% female journalists, I saw a bit of the competitor come over me.

It’s one thing to try and beat the guys at golf, but on a race track? I can’t all of a sudden turn into Danica Patrick, or can I?  Despite my apprehension, along with a fellow female journalist, I decided to go as fast as I could around the turns and the cones. With each lap and turn I got faster, and faster and as I got faster, and faster more cones were being hit, flopping over, flying in the air and eventually getting run over.

From that track, which was supposedly noncompetitive, we went to the other side of the runway where low and behold was a real racing clock, the kind you see along with a checkered flag and men wearing jumpsuits and shirts with matching logos.

This is where the male journalists were lined up rubbing their sweaty palms together in hopes they not only beat their fellow journalists but their own time.

I took the opportunity to go slow the first few runs to get the lay of the land or track. I got a pep talk at the starter’s line and last minute instructions telling me to go as fast as I can without taking cones with me and to slam on my brakes in the last 20 feet to insure myself the best time ever.

I wasn’t scared, in fact I was going at least 75 miles per hour and waved to the cameraman… but then the sweaty palms I accused my male counterparts of having appeared on my steering wheel.  Upon completion the time keeper said to me in a low voice…”Well, you’re not dead last.”

Then I asked one of the Lexus executives to drive with me and coach me through the paces; low and behold, I made times that were not only respectable, they were in the top ten.

The racing segment was over and we hit the streets, highways and residential areas of San Francisco. You have to use designated maps with another journalist along, with no navigation aids allowed.

You take the car through its paces experiencing stop and go traffic, freeway driving and noiseless neighborhoods. All of this and then some quiet time with your cars to get in and out slam the doors, blast the sound system, look under the hood, take photos or start writing your review for publication.

I was so fortunate to receive a special gift as a remembrance of my trip testing the IS Lexus models.

The race team presented me with a “cone” signed by the race car drivers and staff.

They felt I may have knocked over more cones than anyone at the event and that I should have a memento of my 48 hour auto experience.

Someone else may have felt like a failure or inadequate or not fit for racing. Not me; I felt honored. The cone sits in my office like a trophy. I don’t need the top racing score or to make sure every cone is still standing.

I was able to test drive the IS Lexus models under all possible conditions and as usual, Lexus gets an A+, or on a scoring scale with ten being the best… they rated 10 Cones.