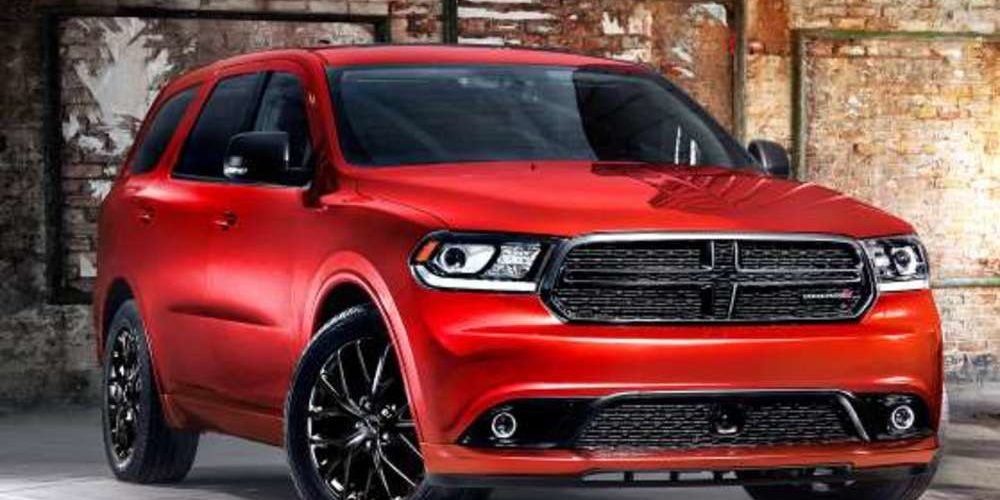 Hit of the Party

My oldest son just turned six, and this year marks his final overindulgent, overcrowded and over budget birthday bash. From now on, I will take five friends on an understated adventure. One thing that was definitely not over embellished at the party was the 2017 Dodge Durango we were able to test drive while preparing for the shindig.

The Durango is the perfect mix of luxury, convenience and performance – similar to the perfect mix of water slide, snow cone and hot dog at Berrett’s party. The power liftgate made it easy to get all the party supplies in the Durango. With the third row down and the second-row fold and tumble seats, we were able to create 84.5 cubic feet of cargo space. Enough room for 80 hotdogs, 80 buns, 10 bags of chips, 2 giant watermelons and a giant, inflatable water slide we borrowed from a wonderful friend. 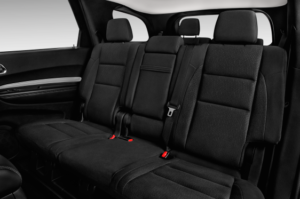 The luxury offered by the 2017 Durango almost kept me from getting to the party on time. With 112-degree heat outside, I remained cool in the Durango with the Three-zone automatic temperature control which kept me comfortable in the driver’s seat and all my cargo cool in the back. I was able to use the Remote Start System before getting in the SUV after each stop and the black/red luxury leather was also kept cool throughout the day. The red is definitely hot in the Durango and so is the power sunroof, rear DVD entertainment center, and 20-inch and 88-inch low gloss granite crystal wheels. 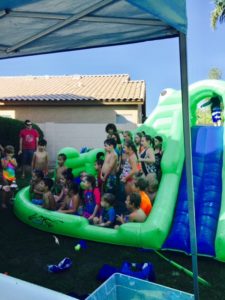 As I realized I was running late and still had to inflate this ginormous water slide, I put the Durango to the test. The 5.7-liter V8 Hemi MDS VVT engine is no joke. You can hear the Durango coming. Even though I hustled to get home, I felt safe with the numerous airbags, anti-lock 4-wheel disc heavy duty brakes and sport suspension. With all the party necessities within just miles of our home, I thought the average 17 mpg city/highway wasn’t too bad. I also think the cost of the 2017 Dodge Durango isn’t much more than what we have spent on birthday parties over the last 6 years. I would be happy to pay $49,670 for an SUV that comes with SIRIUS XM, blind spot and cross path detection and Uconnect navigation versus the amount I have paid for snow cone trucks, a visit from Captain America and pizza and hot dogs over the past 6 years.

The party was a big hit – we definitely overdid it, but there is nothing like the smile on your baby’s face and the hugs, kisses and thank yous he gives you all day long. Well, the 2017 Dodge Durango may be something like that – that gloss black crosshair grille set off by LED daytime running lamps looks a bit like a glowing smile.