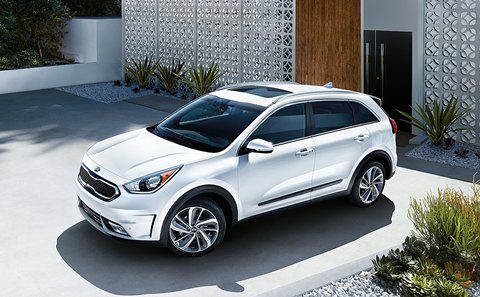 I often wonder how auto manufacturers come up with new names for vehicles. I do like names with words, not letters and numbers. That could be my generation hang-up! There is nothing like asking your buddy if he or she has seen the new Grand Prix, Mustang, Challenger or Escalade. Now, I say I’m test driving the new CR-5/SL- H and I get a glazed look or one person says “cool”. 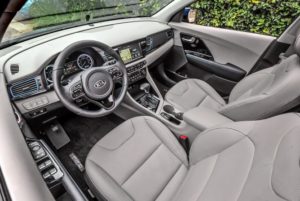 According to the internet, NIRO means: Strong and powerful. It brings to mind the infamous Roman emperor Nero (Niro) Claudius Caesar Augustus Germanicus the last in a line of great emperors from the Julio-Claudian dynasty.
I’m not sure our Korean founders had a Roman emperor in mind as the namesake but I did like the strong and powerful part especially when the power is “electric”. That’s right the NIRO is a hybrid. It is Kia’s first dedicated hybrid that combines a sporty crossover look and good fuel economy.

The NIRO is available in five trims, the base FE, LX, EX, Launch edition Touring and Touring. They get a helping hand from their sister company –Hyundai with their all-new Ioniq Hybrid. Sisters that share, that’s nice.
Some are calling the NIRO a “crossover” or “Urban crossover” and others call it a “small station wagon”… I call it efficient and it fits in my garage, which has some space issues among other things. Call it what you want, it gets 52/49 miles per gallon and the base price is $23,785.

If you’ve been in a few Hybrid model cars you will notice that along with the Hybrid technology comes a very futuristic look, probably to make you feel you are part of the NASA space program or you are hoping to save the environment. To me Hybrid means messing with the dials and buttons; putting them in places I have to rearrange in my mind and having me press buttons instead of shifting. The NIRO has a normal looking interior layout where the buttons and knobs are logically positioned to make a comfortable mental experience. There is also plenty of leg room front and back and good sight lines. There is a 7 or 8-inch screen depending on the trim level but for the technology junkie, you will find the usual pack of infotainment, efficient data, navigation functions and even KIA’s UVO3, Apple Carplay or Android Auto. 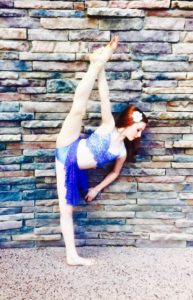 Now, I drove my one granddaughter to Ballet in the NIRO. Of course, this was not Hockey practice so her equipment bag was small ( held it on her lap) so the abundant cargo space was appreciated more by her brother with baseball equipment and a cooler packed for what looked like he was feeding the N.Y. Yankees. I pulled up to the dance studio, where her friends awaited her arrival, and the first thing they said was, “we didn’t hear you pull up… did your car die?”… She laughed and explained the NIRO hybrid “effect” which I had explained the best I could on the way over. She told them that the NIRO was the future and that with all the dance competitions they go to around the country, this one will save them a lot of money on gas. A bunch of 12-year-old girls didn’t seem that impressed with gas mileage (since their parents paid for gas) but wanted to know if it had Apple and Carplay and smartphone stuff. Hey, know your audience.

All I can say is the competition for the Prius and Leaf and other alternative fuel vehicles are getting larger with more choices for consumers. I didn’t think it hurt to start working on the 12 –year old girls who are our future “buyers”.
Weather NIRO was named after a Roman Emperor (NERO) or a Korean prince, I don’t know. What I do know is that it has a great driving range, miles per gallon, 6-speed dual clutch transmission, l0-year 10,000-mile limited battery warranty, and great safety features; making it a truly affordable Hybrid with style.