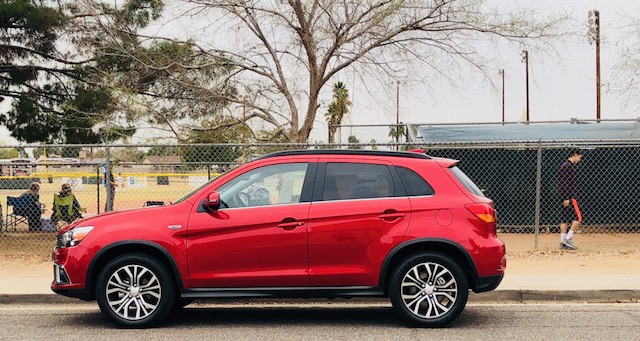 Nothing says spring like Opening Day for Shaw Butte Little League. Hot dogs and hamburgers on the grill at the snack shop, the whirling sound of the pitching machine and the eager, young players up to the plate hoping to hit the game-winning homerun. Don’t get me wrong – I love sitting in the bleachers cheering on the team, but I was most eager about driving the 2018 Mitsubishi Outlander on this very exciting weekend. 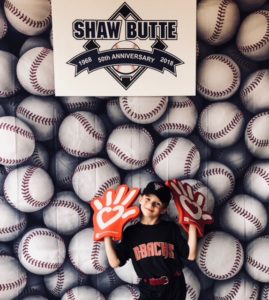 It was perfect driving up to the fields in the Rally Red Metallic Outlander to rally behind our U6 Diamondbacks aka “The Ninjas” since every other team wears the Diamondbacks jersey as well. The Outlander’s winning exterior features include 18-inch two-tone alloy wheels, shark fin antenna, black roof rails, roof spoiler and chrome beltline molding. Almost as stealth-like as the boys with their black jerseys and black pants, the Outlander’s slyness captured a front-row spot on this very crowded Opening Day using the rearview camera, blind spot warning and rear cross traffic alert. Game On!

Berrett’s first at bat resulted in him running safely to first base. The Outlander’s safety is just as impressive as his debut hit. With Anti-lock braking system with Electronic Brakeforce Distribution and Brake Assist as well as Traction Control Logic, Active Stability Control and RISE body construction, this 2018 Mitsubishi meets the requirements to drive my boys and their teammates around town. Right out the park on this one! 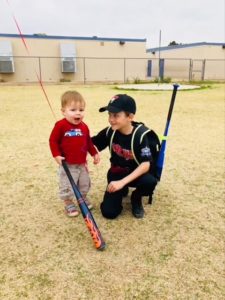 I am not going to lie; I was pretty sure we would be watching a ton of balls fly over the plate since this is Berrett’s first year on farm with the pitching machine. I was pleasantly surprised on Opening Day that we weren’t overwhelmed with walks. The power displayed by these little leaguers was impressive, just like the power of the Outlander – the 2.4L MIVEC DOHC 16 valve 4-cylinder engine with electric power steering has quite the blast and the 23-mpg city and 28 mpg highway keep this SUV moving quickly around town just like these boys move swiftly around the bases.

Opening Day was a huge success – pictures, snow cones, silent auction, 50th anniversary photo booth, coin truck fundraiser and so much more. There was plenty of things for us to take home (including a win for the Ninjas), so it was perfect we had the 2018 Mitsubishi Outlander in order to fit everything. With cargo tie-down hooks, a rear cargo compartment, front door panel storage pockets and rear seat center armrest with cupholders, the boys were able to safely store all of their goodies along with three chairs, a baseball bag, stroller, blanket and the giant big head my son rode home with after his single and double hit and multiple catches. At least he had the panoramic glass roof to remind him how big the world is. 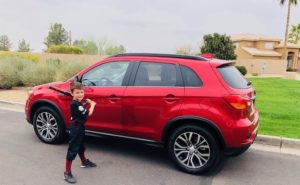 We drove home after a long day feeling truly blessed to have the opportunity to participate in such activities. The 2018 Mitsubishi Outlander was also a friendly reminder not to scoff at our natural born talents. For an MSRP of just $25,895.00, this Outlander provided memories to last a lifetime and totally hit a homerun on some fabulous interior features – color multi-information display, 8-way power adjustable driver’s seat, aluminum pedals and heated front seats. We have a long season ahead, but with hits like we saw on Opening Day from the Ninjas and the 2018 Mitsubishi Outlander, we are bound to have a winning season.